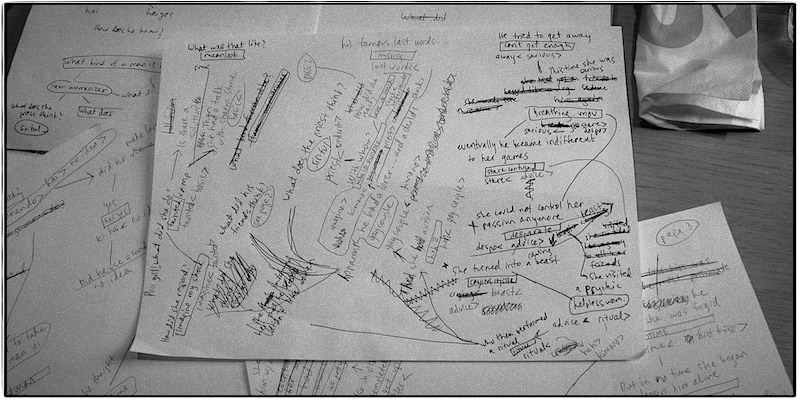 KORSAKOW IS A SOFTWARE THAT ALLOWS AUTHORS TO CREATE RULE-BASED, NON-LINEAR AND INTERACTIVE FILMS (KORSAKOW-FILMS).

Florian Thalhofer invented this system (and wrote the software) originally for his diploma-project “The Korsakow-Syndrome – a non-linear and interactive film about alcohol”. Which was presented to the public on Dec 6, 2000 in the class of Prof Joachim Sauter at the University of the Arts in Berlin.

Thalhofer’s diploma-project was not the software, it was the film. The software was the tool, he wrote to make it. During his diploma presentation he handed out strong alcoholic cocktails to his professors and one of them – Willem Velthoven asked right after the presentation if Thalhofer would like to teach witch him in a new class, titled “Interactive Narration”. Thalhofer agreed and later, they thought about what software students should use to make their own interactive narrative projects in this new class. It was Willem Velthoven’s idea that they could use the tool that Thalhofer had written for the making of “The Korsakow Syndrome”. So the Korsakow-System got its name from the film, that it was originally made for.

From 2008 – 2009 Korsakow was rewritten from scratch in a project managed and guided by Prof Matt Soar at Concordia University in Montreal, Canada. Dave Reisch is the programmer that translated Thalhofer’s plans into code. The Korsakow software is now used all over the world. Thalhofer uses the Korsakow System as the key element in almost all of his works.

More than a software Korsakow is a way of thinking. It enables authors to organize their content in a new way. Creating the rules, but not pre-thinking the experience of their work.

ATTENTION: EXTENSIVE USE OF THE KORSAKOW SOFTWARE
MIGHT CHANGE YOUR PERCEPTION OF THE WORLD.

DON’T BE AFRAID: KORSAKOW IS NOT A RELIGION.

..AND MANY MORE WHO PROVIDED FEEDBACK AND IDEAS