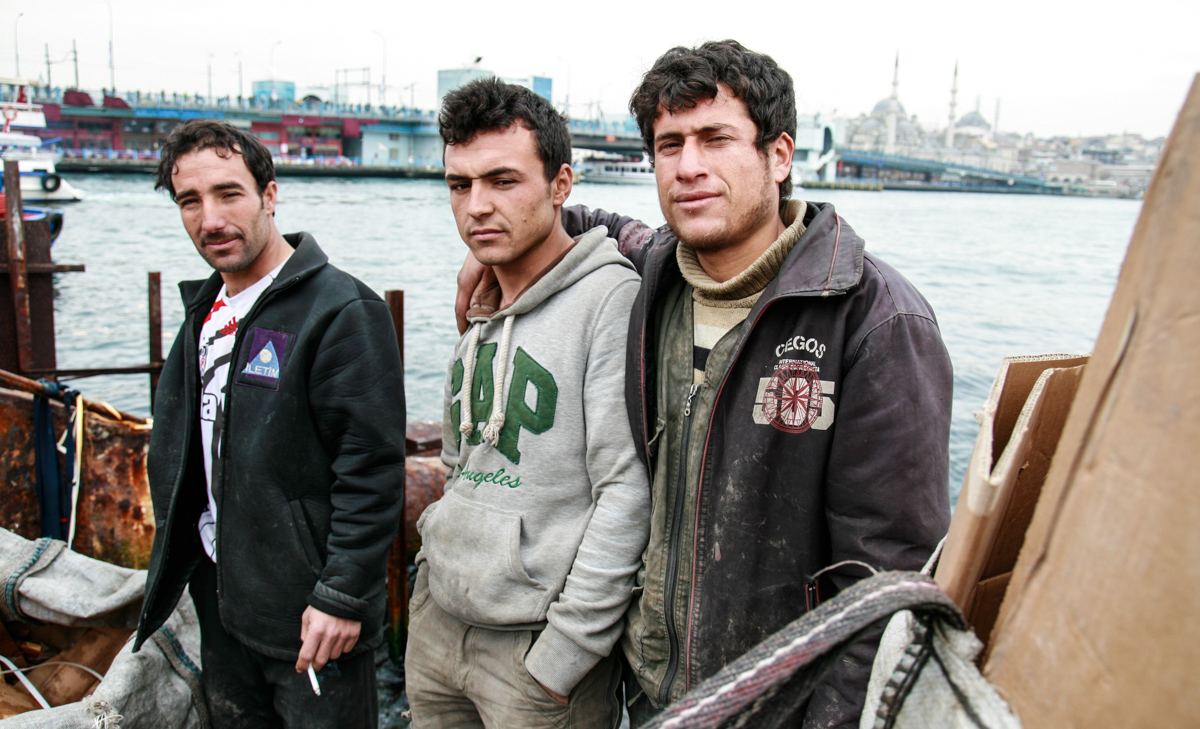 The Galata Bridge in Istanbul is a cosmos of it’s own. Tens of thousands of people cross it every day. Some work on it, for some it is home.

A documentary portrait of Galata Bridge and the surrounding area in Istanbul, Turkey – a microcosm reflecting the rich cultural diversity of the city as a whole. Large numbers of people live and work on and around the bridge. Filmmaker Florian Thalhofer zooms in on some of them, including restaurant owners Kemal, Gaffur and Erkan, street cleaners Bayram and Erdogan, and bridge inspector Ömer, who secretly is the “king of the bridge.” Thalhofer constructed the non-linear narrative using the Korsakow software system he developed himself. He has been working on the system since 2000 and it has grown to become a much-used tool by makers of database cinema. In turn, the visitor selects people he or she wants to follow, and while the short film portraits play on the main screen, a variety of alternative paths are displayed around it. The visitor thus constructs his or her own story by combining the narrative building blocks Thalhofer provides. The portraits themselves are informal glimpses into ordinary lives, with their subjects talking openly about their troubles; in this way, they are the bridge and the starting point, the main character and the guide in the film the visitor creates. Thalhofer also edited a linear film, that is completing this cross media documentary project.

{Above text is taken from the IDFA-doclab-website.}

“In the end we kind of ran out of time. The energy was focused on finishing the [linear] TV-film.” says Thalhofer. To him it feels like the Korsakow-film stayed “a bit unfinished”.

Thalhofer can talk for ever about the craziness of linear documentary film-making. Thalhofer says sentences like: “Linear film lies”, and he said that the linear version on Planet Galata is not a documentary but a fairy-tale. But he also committed that he really enjoyed making this film: “I love making up stuff.”